Precision Philanthropy Artificial Intelligence and the Future of Generosity 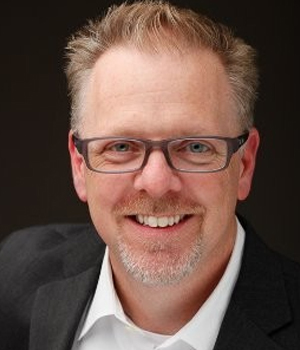 “To give money is an easy matter and in anyone’s power. But to decide to whom to give it, and how much and when, and for what purpose and how, is neither in everyone’s power nor is it an easy matter.” -Aristotle, 340 B.C.

Even with so many advances in technology and society over the past 2,400 years, the five barriers that Aristotle drafted are still what keep you and I from increasing our generosity. Artificial intelligence can overcome these age-old deterrents.

For decades, the rate of philanthropic giving in the United States has been stuck at 2% of the Gross Domestic Product, and the average American has given just above 2% of their income to charity for a better part of the century. It’s even more troubling that even with significant advances in technology and tools like the Internet, giving in the United States has only increased by .2% of the GDP in the past 20 years.

Artificial intelligence technologies including machine learning and natural language processing, coupled with big data can deepen our engagement with causes we already love, and introduce us to new causes that align with our passions. By fostering inspiration through adaptive technologies, more people will be motivated to get deeply involved in improving the human condition, whether it’s fully eradicating polio, providing basic necessities like food and water to millions worldwide, or speeding the cure of diabetes and cancer.

At City of Hope, our philanthropy team has been working for the past two years to help create the very first artificially intelligent models aimed at predicting generosity. Today, we’ve developed three AI models that analyze, rate and score our 1.8 million donor constituents in real-time based on a person’s inclination and affinity to donate. This is an enormous departure from using “static” predictive models that essentially diminish in value from the time they are developed. By contrast, the AI models are trained to improve themselves by learning from every new donor interaction based on the “features” that we identified in our year-long statistical analysis. Since these models are “living”, they improve each day and are much more cost effective because they don’t need to be replaced due to attrition.

Precision Philanthropy holds the key to finally breaking the 2% giving barrier. In the U.S. alone, just a 1% increase in giving would translate to more than $200 billion dollars a year to advance science and improve societal conditions for this and future generations. Making giving easier through artificial intelligence will mean a greater collective impact and new opportunities for innovative solutions to meaningful issues.

Take me, for example. Precision Philanthropy could easily uncover my discrete association with the effort to eradicate polio.

Seventeen years ago, I served on a team that canvased neighborhoods in India to help determine where polio inoculations were needed. Even though this experience was years ago, it still holds a very special place in my heart. However, with only uncorrelated bits of data that exist online linking me to this cause, it would be impossible for the average person to know my heart for polio eradication efforts. There is a reference to this effort at the bottom of my LinkedIn profile and a personal connection through my father-in-law, Dr. Otto Austel, who spent a significant portion of his life as a volunteer through Rotary International to help end polio. However, it would be extremely challenging and time-consuming for anyone to correlate all of my online posts, shares and “likes” whenever I learn that another country has been declared polio free. Because these data points are dispersed in various corners of the Internet, I’ve never been asked to donate to eradicate polio even though my passion for this effort makes me an ideal candidate toward ending this debilitating disease. However, guided by artificial intelligence, the concept of Precision Philanthropy will be able to collect each of my clues of inspiration and align me to this and other causes in a way that would inspire and motivate me to contribute.

Over the past few years, I have had the privilege to speak on this topic at dozens of venues across the country. What was for many years a theory about the future of generosity has now become a reality in just the past 12 months. Having recently recorded a TEDx talk in Lincoln Square, NY, my hope is to inspire a 1% increase in giving throughout the world by continuing the development of this promising technology.

Of course, there is still much work to do and the journey to fully leverage AI technologies to predict generosity is still in its infancy. By partnering together, nonprofit organizations, philanthropists, nonprofit and for-profit leaders can collaborate to solve some of the world’s most pressing issues by matching passion to purpose through machine learning.

The positive impact on humanity will be enormous as we overcome the Aristotle barriers through AI, because it’s not limited choices that prevent us from taking action. Instead, it’s a lack of inspiration that holds us back from getting more deeply involved.